Santa Clara County frequently utilizes both the Sentencing Alternative Program, Inc. and the Sheriff Weekend Work Program when allowing individuals to serve alternative sentences in lieu of jail time. Both programs highlight that the programs benefit the community, the offender, and the state since the offenders pay to participate. Programs like these can be incredibly beneficial for an offender since they allow time to be served on the weekends or nights, allowing the participants the ability to keep their jobs, homes, and maintain family ties. However, these benefits come at cost. For example, the Sentencing Alternative Program charges, along with various miscellaneous fees, a sliding fee ranging from $35-$250 based on the number of hours an offender is assigned to complete. The cost to participate in the Sherriff’s Work Program is not publically available, however, their site does relay that the program incurs no cost to Santa Clara Citizens or the Department of Corrections as participants pay a fee.

The imposition of these fees puts indigent and poor defendants at a disadvantage: even if they are eligible for the program on the basis of their sentences, they will not be able to participate because of inability to pay. This disadvantage does not fall solely on those who have no money, but also those who are struggling to feed, clothe, and house themselves (and their families) while working multiple jobs. The inability to serve alternate sentences can have detrimental effects on these populations as jail time would likely cause them to lose their jobs and create difficulty securing employment upon release.

These alternate sentencing programs help offenders avoid jail and prison time, allowing them to escape the very system that some argue creates more crime. They can also be beneficial for the community, public safety, reducing recidivism and even the fiscal budget. However, these benefits should be tangible for all those eligible, regardless of a person’s ability to pay. Otherwise, our system is effectively handing out harsher punishments for those who are poor.

The nation’s current criminal justice system is punishing poor and low-income individuals at a disproportionate rate. Not only are people being thrown into jails and prisons because they cannot afford to pay various fines and fees, but these same people are facing a much harsher time in custody than their affluent counterparts.

There have been numerous studies to show that there is a correlation between the time an individual spends in custody and the likelihood that he will commit another crime. Imprisoning people based on a failure to pay and racking up fines and fees against them while they are in custody is not benefiting society in any way: incarceration is costly and the tremendous debt that people are incurring is almost never repaid. Moving to an individualized punishment system similar to Finland, where fines and fees are assessed based on ability to pay and income, would not only help save taxpayers’ money, but it would be a system that actually treats individuals fairly.

As I have previously discussed, the criminal justice system has become an avenue for the government to make money. We are seeing an influx of cities, counties, and states using criminal charges as a basis for monetary charges assed in exchange for someone’s physical freedom during pretrial, to charge for basic needs while in custody, and to charge for post-sentencing court-imposed requirements. My previous post focused on pretrial release fines and fees and my next post will hone in on the fines and fees related to diversion programs and post-sentencing release, which means this post will illustrate fines and fees imposed while in custody.

A defendant may be in custody at any time once she is arrested for a crime. She may be in custody both pending and during trial because she was ineligible for release (either by statute, a judge’s discretion, or because she did not have the means to pay for her release), or she may be in custody as part of her sentencing. Typically, a person in jail, opposed to prison, is there either pretrial or during trial but pre-conviction; awaiting sentencing and/or transfer to another facility; or serving a relatively short sentence, usually a term less than one year. Prisons are long-term holding facilities that typically house individuals who were convicted of a felony and sentenced to serve more than one year. This post will include fines and fees imposed and collected in both jails and prisons.

The in-custody fee that tends to have the most visceral reaction is the practice of ‘paying to stay’ or charging a ‘per diem’ fee. These fees, typically utilized by county jails, but also in place in prisons, actually charge inmates a daily ‘room and board’ fee for being incarcerated, as if the person 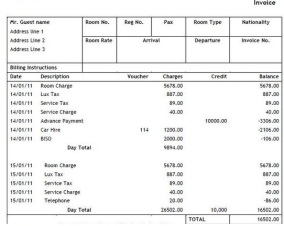 checked into a hotel. Nationwide, it is unclear whether or not these fees begin accruing while a person is in custody prior to sentencing, if the per diems are only imposed once sentencing has taken place, or if, like in California, the fees can be charged retroactively for pre-sentencing custodial time after a person has been sentenced. END_OF_DOCUMENT_TOKEN_TO_BE_REPLACED

Our nation’s citizens are plagued with a persistent wealth inequality from coast to coast that has infiltrated the entire nation, including within the criminal justice system. I will be writing about the various fines and fees that the criminal justice system imposes on criminal defendants that perpetuates the wealth gap both pre and post-trial. Money is a key factor to answering whether someone spends a night or year in jail or is free to go home; whether someone has the opportunity to participate in a diversion program and potentially get the help they need; and whether one mistake can cause an individual endless and insurmountable debt. I intend to shine light on the way that the criminal justice system has utilized money, or lack thereof, as a proxy for punishment across California. I will also be discussing various fines, fees, and bail systems throughout the nation, juxtaposing them with California’s current procedures.

I’m Vicky Perry, a second year student at Santa Clara Law. I previously studied justice studies and human rights at San Jose State and am furthering my studies in criminal justice at Santa Clara by working towards obtaining a Public Interest and Social Justice Law Certificate. I intend to use my B.S. and anticipated J.D. to practice criminal law, focusing on alleviating the inequalities that the current justice system perpetuates.